Posted on May 24, 2011 by Saddlebags and Backpacks - a brewer's outdoor adventures

Finally got around to put a few words and pictures together for the Black Mountains horseshoe walk I did the other day. As with everytime I visit the Black Mountains, another set of weather conditions presented themselves. This time, the weather was brilliant sunshine at sunrise, a misty late morning with a hint of rain and then a cloudy but fine afternoon. No two days the same. 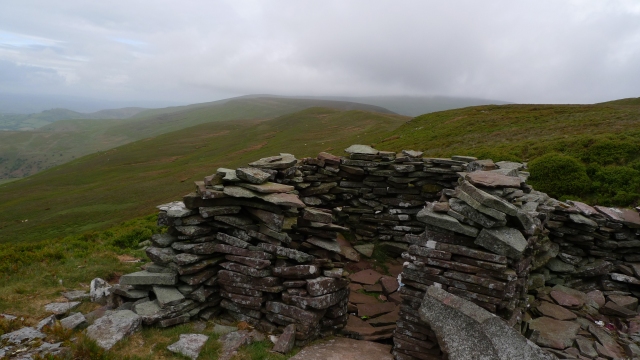 I decided the night before to get up and go to try and catch an early morning sunrise as the weather forecast had indicated the best of the weather in the morning. When the alarm went off at 5am I was tempted to ignore it but then I would only kick myself later. I managed to drag my weary backside out of bed and a short breakfast later was tootling along the road to Crickhowell at a time I normally reserve for setting off for work. I parked up at Llanbedr and found myself slugging my way up Crug Hywel with the sun starting to clear the ridgeline. By the time I topped out on the plateau of Crug Hywel, the sun was glorious in its morning reverie and it was still only 06.30! 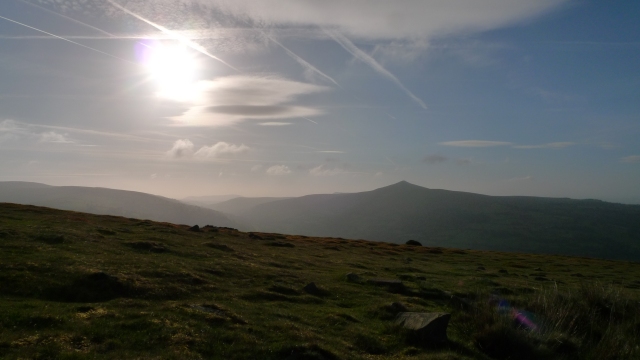 The ridgeline from Crug Hywel north is as fine a walk as you will encounter anywhere in Wales (IMHO of course). Taking in mile after mile of undulating hills with fine views any which way you look. This is truly wonderful walking fare. My route for this walk was the obvious main line taking in Pen Cerrig Calch, Pen Allt Mawr ( a marvellous mini mountain in its own right), Pen Trumau and finally Waun Fach at the apex of the horseshoe.

Waun Fach is the highest part of the Black Mountains but suffers from being boggy half the year. Still it is the turning point of the walk and a brief squelch through its peaty surface took me to Pen y Gadair Fawr which always looks much taller than its neighbour but is in fact smaller.

The walk back down south from Pen y Gadair Fawr isnt as drammatic as the northerly part but has fine views nonetheless and the distinctive peaks of Skirrid Fawr and Sugar Loaf to gaze at. Since my last visit, there has been an obvious amount of logging that has taken place and the ridge is more open for it. The path skirts along the side of Mynydd Du which in itself is a maze of a place to get lost in for a long walk. As I slowly descended in altitude, the rugged nature of the whole valley and twin ridges became more apparent. 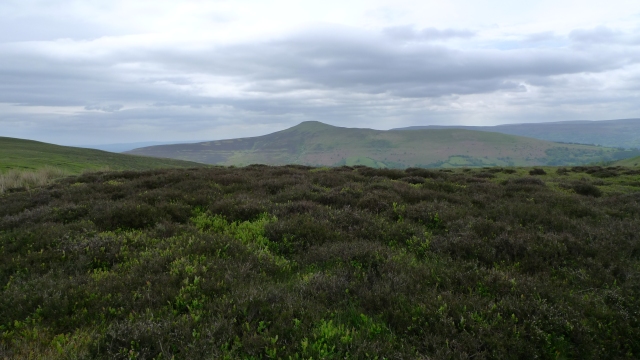 Before long, a last quick ascent up onto Crug Mawr and then quickly down into Grywne Fechan valley. Crossing the stream on a gem of a packhorse bridge, I at last made my way back into Llanbedr and my car. 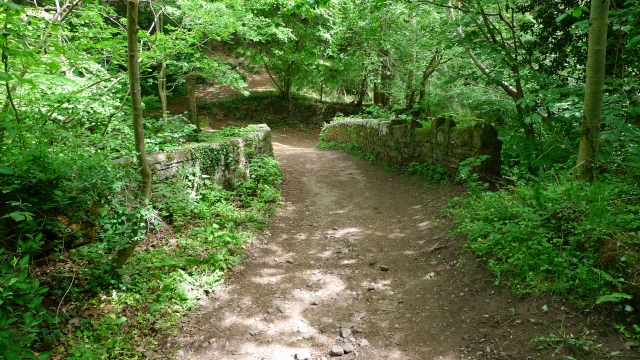 Yet another fantastic day out on an oft walked route. Like I said, everytime I am up there I get a different experience and today was no exception. Chances are I will be in the area again this weekend with a wildcamp to boot. The forecast is changeable but then again, when is it not?

I am a keen hiker, camper, cyclist and general all round gear addict..... I also manage to be a professional brewer in my non-spare time :->
View all posts by Saddlebags and Backpacks - a brewer's outdoor adventures →
This entry was posted in General chit chat and tagged Black Mountains, Black Mountains Horseshoe, Crickhowell, Crug Hwyel, Llanbedr, Walk. Bookmark the permalink.